Item 19 on the 199th session of UNESCO’s Executive Board which is taking place this week includes a draft resolution from Algeria, Egypt, Lebanon, Morocco, Oman, Qatar, and Sudan.

This resolution goes over a litany of complaints about Israel, including how it allows Jews to visit the Temple Mount, or, as it says, “the continuous storming of Al-Aqsa Mosque/Al-Haram Al-Sharif by the Israeli right-wing extremists and uniformed forces, and urges Israel, the Occupying Power, to take necessary measures to prevent provocative abuses that violate the sanctity and integrity of Al-Aqsa Mosque/Al-Haram Al-Sharif.”

But there is a new bizarre accusation being brought up:

This lie has been around since 2012, when the Al Aqsa Foundation for Endowment and Heritage claimed that Israel planted thousands of fake graves around the Temple Mount.

In 2013 a Muslim cleric in Jerusalem claimed that the ancient Mount of Olives cemetery was filed with fake Jewish graves.

In 2014 another Muslim committee claimed that Israel created a new cemetery also filled with fake graves.

The irony of course is that Muslims have been proven to be planting hundreds of fake graves for years. 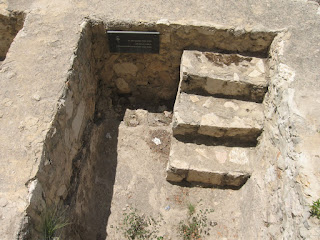 As far as the rest of the resolution, those Umayyad palaces that are mentioned were discovered and are being preserved by those awful Jews.  Yet they were built using plundered stones from Byzantine churches and even the second Jewish Temple.

No one is “converting” them into Jewish ritual baths – those had been there for a thousand years before the Umayyad palaces were built.

How will UNESCO act when being given this laundry list of lies?