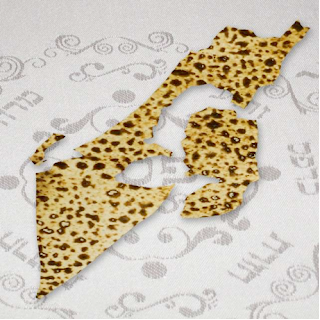 As they do every year, Tikkun Magazine has released its “Passover Liberation Seder Haggadah Supplement” where the Jews turn into the ancient Egyptians and Palestinians are the new Jews.

One paragraph is notable. Perhaps stung by criticism in previous years that a Haggadah that exclusively demonizes Jews and makes Palestinians into saints is a little skewed, Tikkun adds this for a twisted type of perspective:

We are not Jews who reject Israel or think that it is the worst human rights violator on the planet. It is NOT! The United States’ role in Iraq, Afghanistan, Syria, Yemen, supporting dictatorships in South and Central America, seeking to overthrow progressive regimes (and not so long ago in Vietnam, Cambodia, and Laos), the genocide in Darfur, the repression of Buddhism in Tibet and systematic denial of basic human rights in China, Russia, Iran, Saudi Arabia and many other Arab states, and the horrendous deeds committed by the Islamic State (ISIL or ISIS) are moral outrages of equal or greater proportion (and you can add others to this list). And we are aware that the attempt by Hamas to bomb the cities of Israel in the summer of 2014, though provoked by Israeli acts and by the intransigence of the Israeli government in refusing to end the Occupation of the West Bank and in blockading Gaza and causing much suffering, contributed greatly to an electoral victory of the hard-right-wing in Israel, which is unlikely to allow either Palestinians equal rights or a Palestinian state to emerge. And we have great compassion for Israelis who fear that the violence of the Islamic State, only a short distance from Israel, might spill over to Palestinians. But the way to prevent all this is to end the conflict with Palestinians and create a lasting peace by manifesting a spirit of generosity and seeing the spirit of God in the Palestinian people as it is in all people including even the most reactionary Israelis.

And Hamas? Well, Tikkun certainly understands why Hamas was provoked to “attempt” to bomb Israeli civilians. But that is not Hamas’ crime. No, the inexcusable thing Hamas did was to contribute to Israelis voting for Likud.

You literally cannot parody such a twisted mindset.