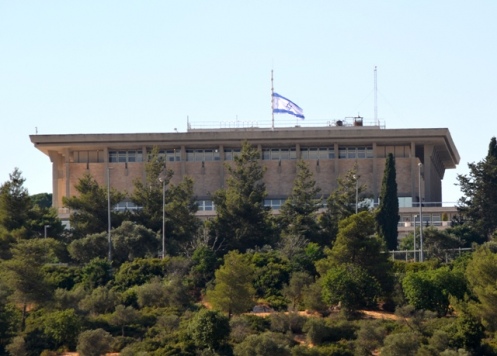 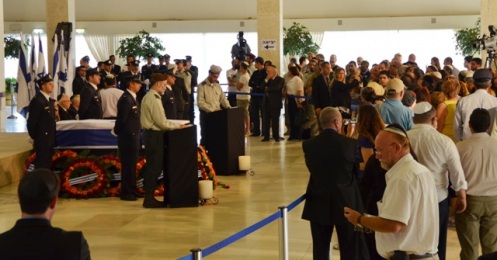 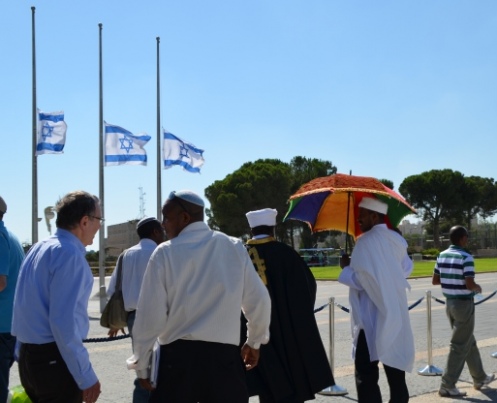 In 1991, Prime Minister Shamir approved Operation Solomon which brought over 14,000 Ethiopian Jews to Israel. On the day of his funeral, Ethiopian community leaders were in the last group to leave the Knesset grounds.

David G has a run down of tributes to Shamir:

One of our favorite facts is that history doesn’t disclose her alternatives. The world will never know what would have happened had America and the other parties been held to the standards Shamir insisted on at Madrid. No doubt there are many who will scorn the very thought. But here we are a generation after Oslo, and the Iranians are building an a-bomb, the Arafat who was embraced at Oslo is gone without achievement, the Eyptians have just elected a president who will make it a priority to seek the release of the sheik who masterminded the first bombing of the World Trade Center, the Syrians are engulfed in a civil war, the Lebanese are victims of Iranian-based terror and tyranny, and the Europeans are more hostile to Israel than ever. So the world will miss this practical idealist who knew where he stood and wouldn’t budge.

For all the misgivings many now have about Shamir’s intransigence or his specific policies, part of his legacy is that Jews ought not to pretend not to know what, deep down, they know. Yitzhak Shamir knew what he had seen, both in Europe and then in the Arab world, and he knew what it meant. He was no less ambivalent about the Arabs than he was about the Poles and refused to vote for Begin’s peace treaty with Egypt. Presumably in deference to Begin, he abstained, but he made it clear that he thought Israel was paying far too high a price. Today, three and a half decades later, with the Muslim Brotherhood’s rise to power in Cairo and with Israel now missing the Sinai as a buffer, who was wiser? Was it the Nobel Prize-winning Begin who’d turned peacemaker, or Shamir, who had not? Will the sword devour forever? Yes, Shamir sadly believed, it will. Is it possible that he was right?

Shamir did. He withdrew, like his predecessor Menachem Begin, and did not dispense wisdom or settle scores from the column of a magazine or the chairmanship of a foundation for the years he was out of office. And heaven knows he might still have had much to say. But he understood that a defeated statesman must acknowledge his loss and graciously withdraw from sight. His silence, for 20 years, is a testimony to the respect he had for the democratic process and his profoundly humbling recognition that his time as leader had passed.