This week, Israel is supposed to be besieged by cyber-attacks by one of the “Anonymous” groups.

“On April 7, 2014, we call upon our brothers and sisters to hack, deface, hijack, database leak, admin takeover, and DNS terminate the Israeli Cyberspace by any means necessary,” the group said in a YouTube video posted on April 2. 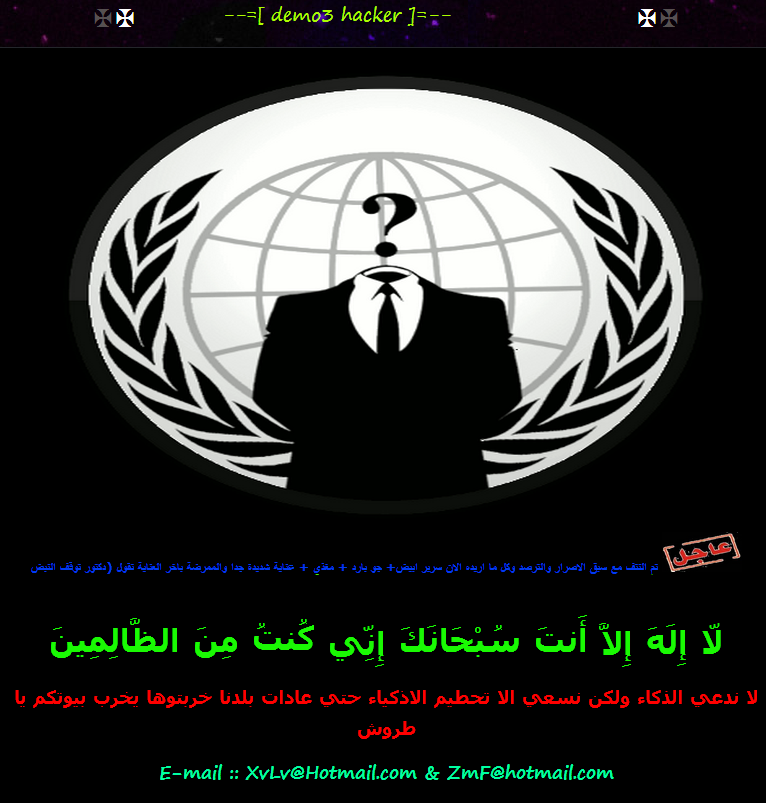 An early list of sites that have been hacked include an insurance company, a business consultant, a meditation/yoga site and a construction company. (Turn down your speakers if you want to see the hacked sites.)

Another target was  a Michigan swim club that the hackers thought was Israeli!

Most notable, however, is that one of the sites they bragged about hacking is a service that offers therapy for cancer survivors. And, unlike the swim club, they knew exactly what it was.

It appears that the #OpIsrael hackers are just as moral as the other “pro-Palestinian” groups, willing to hurt any Israeli Jew in the name of “rights.”