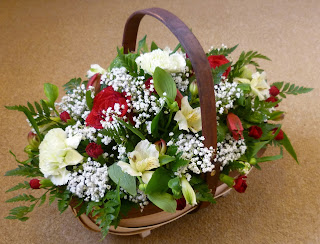 Supreme leader Kim Jong Un received a floral basket from Palestinian President Mahmoud Abbas with the approach of the Day of the Sun (the birth anniversary of President Kim Il Sung) and on the occasion of the 50th anniversary of the establishment of diplomatic ties between the two countries.

It was handed to Foreign Minister Ri Su Yong by Ismail Ahmed Mohamed Hasan, Palestinian ambassador to the DPRK, on Monday.

That wasn’t the only expression of love between the power-mad military dictatorship and North Korea:


Ismail Ahmed Mohamed Hasan, Palestinian ambassador to the DPRK, gave a reception at his embassy on Wednesday on the occasions of the Day of the Sun (the birth anniversary of President Kim Il Sung) and the 50th anniversary of the establishment of diplomatic relations between the DPRK and Palestine.

Present there on invitation were Ri Su Yong, minister of Foreign Affairs, Ju Yong Gil, chairman of the Central Committee of the General Federation of Trade Unions of Korea and chairman of the DPRK-Palestine Friendship Association, Pak Kun Gwang, vice department director of the C.C., the Workers’ Party of Korea, So Ho Won, vice-chairman of the Korean Committee for Cultural Relations with Foreign Countries, and other officials concerned.

The Palestinian ambassador in a speech referred to the feats of President Kim Il Sung who set a revolutionary example in the national liberation struggle of the oppressed people in colonies for freedom and independence.

The people and leadership of Palestine will make positive efforts to boost the friendly and cooperative relations between the peoples of the two countries, the ambassador noted.

He wished the Korean people success in the struggle for building a thriving socialist nation under the wise guidance of Marshal Kim Jong Un.

Abbas also sent a telegram to the Supreme Leaderm as reported in the official Palestinian Wafa news agency:

The president said in a telegram of congratulations: “We extend to Your Excellency and through you to the people of Korea friend the warmest congratulations and best wishes, for the passage of fifty years of bilateral relations, which coincides with the celebration of the 104th anniversary of the birth of the leader and the leader Kim Il Sung.”

He added, “Korea was one of the first countries that established diplomatic relations with Palestine,… to support the rights of our people in all forums and at all levels, and people struggling to regain their rights and establish their independent state with the backing and support of our brothers and friends, and you are in the forefront, and we are proud of the historical relations with your friendly country, and we appreciate the principled positions based on the right to the just cause. “

Birds of a feather.