Here are stories from today’s Hamas-run Palestine Times newspaper about how life is getting better in Gaza.

Israel now allows Gaza fishing boats to go further out to sea, and they are now catching more fish. 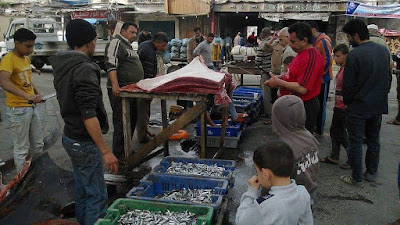 Israel is working with the Dutch government to add an additional pipeline to provide Gaza power plants with more fuel.

New generators in Gaza are slowly easing the electricity crisis there.

A Qatari diplomat is arriving in Gaza today (going through the Erez crossing from Israel!) in order to sign some more development projects there.

36 cars were imported into Gaza through Israel, including six taxis.

All of these stories are from a single day in this Hamas newspaper.

No one is saying that life in Gaza is wonderful, but Western media and anti-Israel NGOs are generally not interested in portraying it as anything other than a besieged, bombed out wasteland. It is ironic that the people who hate Israel the most are in some ways more honest in their reporting about the “siege” than hundreds of Western reporters who have their own narratives and agendas.