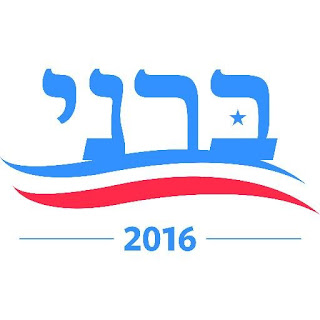 As soon as the Sanders campaign announced that Simone Zimmerman would be his national Jewish outreach coordinator, controversy erupted over her previous articles and Facebook posts, including profane ones, that stridently criticized Israel.

But a Jewish Sanders supporter not associated with the campaign, tweeting as “JewsforBernie,” posted this:

Could @simonerzim show documentation or photos of her anti-BDS work on campus that @jewsforbernie says she led? https://t.co/AxwU80pqd7

So I looked at that source (and one other provided.)

But it didn’t show opposition to boycotting Israel at all. Her speech at the 2011 J-Street Conference showed opposition to how BDS activists at Berkeley acted, as well as how their Zionist opponents acted.

Good afternoon. You’ve heard the other panelists discuss the merits of BDS and whether it’s effective. I recognize that BDS seeks to address serious human rights issues in Israel and the Territories. However, at UC Berkeley, rather than creating discussion, it was my experience that our BDS campaign created a polarizing atmosphere where both sides sank further into the extremes of their positions. I felt that it fostered animosity, squashed nuance, and alienated the rational voices most essential to addressing these complex issues.

Zimmerman firmly places her self in between the extremes of the strident anti-Israel voices of BDS and the Zionists:

In the back of the room was a group of students with powerful voices unable to make them heard. They were Jewish social justice activists, moved by humanist and progressive values, some anti-war, some anti-occupation, all socially conscious, concerned with the problems in Gaza as well as the emotion and fear tied to the anti-divestment movement on campus. They didn’t identify fully with either side. No green stickers, no blue stickers. Some goals of the bill spoke to their progressive values. However, their commitment to Israel made some of them mistrustful of the movement before them. The polarity created by both sides was alienating not just for these students, with whom I have quickly come to identify, but also for students who lacked a serious connection to the issues.

So I pointed out that this hardly showed her position to be anti-BDS, and an almost surreal discussion came about between me at “JewsforBernie”

ElderOfZiyon‏@elderofziyon
.@jewsforbernie I welcome evidence of my dishonesty. And plenty of truly liberal Jews are fans of my site, thanks.

One is that the Sanders campaign suspended Zimmerman:

On Thursday, Senator Bernie Sanders’s campaign suspended Ms. Zimmerman, 25, after revelations that she had used vulgarities in Facebook posts about Prime Minister Benjamin Netanyahu of Israel and Hillary Clinton. The suspension, hours before a Democratic presidential debate in Brooklyn, made for an embarrassing misstep for Mr. Sanders, a secular Jew who, despite having lived briefly in Israel and being the most successful candidate of his faith in American history, is being pummeled by Mrs. Clinton among Jewish voters.

But the suspension was also an important moment in the small but deeply felt universe of Democratic Jewish politics, which has been torn apart on generational and ideological lines over the acceptable level of criticism of Israel’s right-wing government.

With Ms. Zimmerman’s history of opposition to Israeli policies in the West Bank and Gaza, her hiring drew concerted and ultimately overwhelming pressure from American Jewish leaders. Her suspension showed that when it came to the high stakes and intense scrutiny of presidential politics, the establishment’s view of Ms. Zimmerman and her brethren as dangerous radicals still held sway even with Mr. Sanders, a candidate promising a revolution.

Two is that Peter Beinart came out in support of Zimmerman:


“This is the American Jewish community eating its own,” said Peter Beinart, a mentor to Ms. Zimmerman and a leading voice in liberal Zionism. “Simone is the best of the best. Most of the other kids have given up on the community. She cares deeply and wants to make it live up to its own stated ideals.”

And the third is that the JewsforBernie tweeter was outed:

Daniel Sieradski is a very iconoclastic far left yeshiva-educated Jew. His Jewschool site has been around forever and while I hadn’t visited it for many years my impression was that he had some intellectual honesty.

This exchange proved that wrong.

We have lots of ideas, but we need more resources to be even more effective. Please donate today to help get the message out and to help defend Israel.