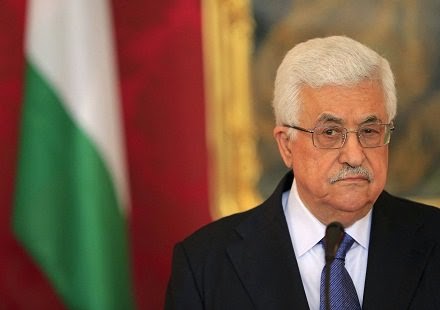 Mahmoud Abbas, speaking to journalists in Egypt, issued a scathing attack on Hamas, blaming them for the war with Israel and for all of Gaza’s casualties.

Many of his statements were a repeat of what he said in a televised interview a week ago – that Hamas lied to him about them not being involved in the kidnapping of the Israeli teens, and that Hamas ended up accepting a ceasefire that they could have accepted on the first days of the war saving 2000 lives and much property damage.

But Abbas added a new accusation. He said that Hamas committed atrocities during and after the war in which they executed many without trial, and that Hamas killed 120 youths in Gaza under the pretext of them breaking curfew, in addition to executing between 30-40 alleged “collaborators.”

Abbas also claims, unconvincingly, that only 50 Hamas members were killed in Gaza during the war, as opposed to 861 Fatah members plus their families.

Abbas’ claims must be taken with a large grain of salt, because there is no reason to believe that he is any more truthful talking about his Hamas enemies than he is when speaking about his Israeli enemies. We know that some Fatah members were killed as “collaborators” and it seems likely that many Fatah members were held under house arrest, and were shot in the legs if they tried to leave – making them human shields. The rest of the accusations need more corroboration.

But his statements do show that the heralded “unity” government is fictional. Abbas is clearly also feeling the heat of the immense popularity Hamas is enjoying after the “victory.”

Interestingly, while his remarks are on the Arabic section of the official Wafa news agency page, they have not been translated to English, because Abbas wants to keep his criticisms of Hamas out of the Western media and to show a united front against Israel. However, at least one Jordanian report says that Abbas will publicly break with Hamas on Sunday during an Arab League meeting.