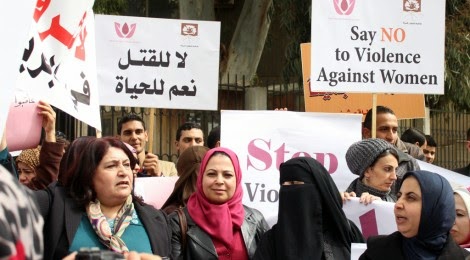 In 2010, the PA cabinet reclassified “honor killings” to be considered murder. It is unclear if this made any difference in the actual law.

In 2011, to much fanfare, Abbas claimed to remove the leniencies in existing PA law (based on Jordan’s penal code) that would make “honor killing” a reason for a lighter sentence when killing a family member. Significantly, it still allowed leniency in sentencing if the victim had committed adultery or “other acts of sexual impropriety.” It merely removed the leniency if the killer claimed he or she did it for “honor” reasons.

In other words, Palestinian Arabs who killed their sisters and daughters and wives could get shorter sentences as long as they claimed that the victims deserved it.

In 2012, it was revealed that the law that Abbas had modified was not the one that lawyers had used to get leniency for “honor killings” anyway. In fact, any attempt to repeal the real laws would have caused serious domestic problems among the people who support the barbaric law.

Now, it is proven that Abbas’ PR stunt has done literally nothing to stem “honor killings” in the PA:

Despite a 2011 decision by Abbas to end the practice, the director of a major Palestinian forensic institute told Ma’an in a recent interview that killers were receiving leniency by claiming reasons of “honor” in the slaying deaths of young women.

Dr. Sabir al-Aloul, director of Al-Quds University’s Institute of Forensic Medicine, said that examinations of the bodies of the vast majority of women who were slain by family members in so-called “honor crimes” showed no signs of previous sexual activity.

“It seems the killers use family honor as a pretext to benefit from an article in the Palestinian laws that suggests leniency for men who kill to protect their family honor,” al-Aloul said.

In 2011, Palestinian president Mahmoud Abbas ordered a legal amendment to end leniency in courts for men who kill women from their families under the pretext that they “dishonored” their families, presumably through sexual activity.

Abbas’ announcement was made by his secretary-general al-Tayyib Abd al-Rahim during a live talk show on satellite channel Palestine TV to discuss the murder of 20-year-old university student Ayah Barad’iyya from the southern West Bank town of Surif by her uncle.

However, legal experts say Abbas’ move was not enough to prevent the killing of women over issues of so-called family “honor.” They say that there are other gaps in the law through which killers have managed to gain leniency by claiming reasons of honor.

According to the Palestinian Central Bureau of Statistics, 37% of Palestinian wives – and over half of those in Gaza – had experienced physical violence by their husbands in just the year 2011. Yet NGOs, the UN and even The Lancet have placed the blame for Palestinian men beating their wives on – Israel!

As long as the irrational hate for Israel is considered mainstream, real problems in Palestinian society can be swept under the rug. And indeed they are. Which goes to show that the reflexive, and unthinking tendency by so many to blame Israel for everything is not only stupid, but it actually contributes to violence against Arab women.