Abbas’ brother could choose any hospital in the Middle East. He chose Israel. 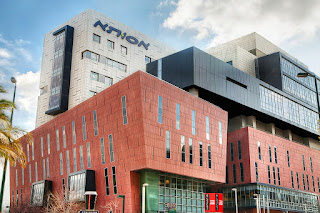 
The brother of Palestinian Authority President Mahmoud Abbas was on Monday hospitalized in Tel Aviv in serious condition, Ynet reports. His arrival at and admission to the hospital took place in secret.

Abu Louai, who lives in Qatar and who turned 81 last month according to Ynet, was admitted to Assuta Medical Center, where Abbas’ wife and brother-in-law have previously been treated. Recently diagnose with cancer, Abu Louai chose to receive treatment in Israel.

Abbas’ brother initially began his treatment at Assuta, an expensive private hospital, before returning to Qatar after a stay of several days at the hospital. Now, ahead of his next treatment, he has once again been admitted to the Tel Aviv-based medical center, arriving via Jordan.

In summer 2014, Abbas’ wife, Amina Abbas, was admitted to Assuta for an operation on her leg. She returned to Ramallah after several days at the hospital.

Six months ago, just as the current escalation in violence was beginning, Abbas’ brother-in-law — Amina’s brother — was hospitalized at Assuta for life-saving heart surgery.

It is not as if he lives in the West Bank and had few options as to where to be treated. Abu Louai lives in Qatar and took advantage of his relationship with his brother in order to be able to be treated in Israel!

It has happened in the past. A daughter of one Gulf royal family went to Israel for a heart operation. Hamas leaders have sent their family members to Israel for treatment.

The Assuta Medical Center specializes in “medical tourism” to attract patients from outside Israel.

As usual, the demand to boycott the Jewish state disappears when you need it for something.